Last few pics of the delightful village of Kampot that we will definitely return to at some stage, hopefully before it gets ruined with another case of “tourism gone wrong”.

We were super excited about getting the pedals turning again and were planning on a 54km trip to Khum Veal Rung. On arrival we discovered it was a shit hole junction town and the first place we went for lunch was serving offal noodle soup or chicken rice covered in flies. We declined both temptuous options and kept pedaling where we found a baguette with only half the amount of flies.

We were now on HW4 the busiest HW in Cambodia and it was chaos with it also being the final day of New Year. Which by the way seems to be the most bizarre kind of celebration where they drive on backs of trucks with water pistols shooting anyone in their sights as well as throwing flour and talcum powder. We got bombed going through one village which was a laugh and made the clothes smell a bit better!!!! 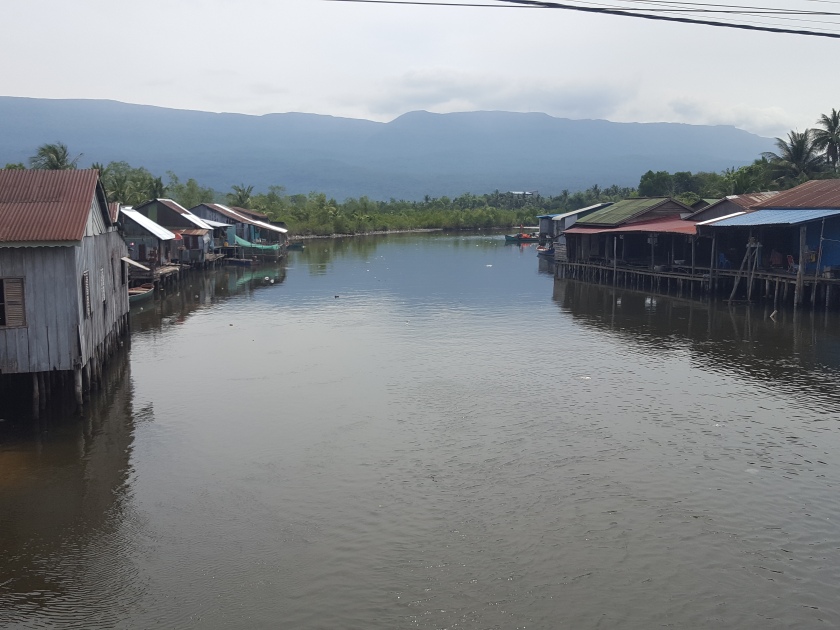 Riding with the Bokor hills to our right and glimpses of the coast to our left very occasionally. We thought we would stay in Preya Nob 4km up from the junction only to find out it was 10km up the road and once again it was a dive with one guesthouse. As we were sitting on 65km now we had the option of gutsing out staying in Preya Nob or push through to Otres Beach. We were feeling pretty good so decided to take the challenge and pushed on.

The NY traffic was heavy but seriously entertaining. We saw mini vans that had over 25 people in them with 4 hanging out the back with the roof open oh and a couple on the top next to the chickens dangling down the side. We saw sedans that had 7 in the backseat and 4 in the front and the icing on the cake was a bus belting down the HW at 100km with the side baggage compartment open and a guy sitting in it.

Or this option for the NY family holiday

Riding along with a nice tail wind we heard an almighty crash and looked behind us and less than 50m away there were 3 bodies sliding along the asphalt and a scooter in pieces rapidly shedding parts. We noticed people had stopped to help so with our lack of Cambodian language skills we carried on.
At 80km we were hot, hungry and slogging up a hill when we nearly at the summit when 6 dogs came flying out a driveway on attack. Our usual method of pedaling faster wasn’t an option as the tank was empty. Plan B of dismounting, yelling and using our bike as a weapon gave us time to subdue the dogs and they lost interest in the puffed out kiwis.

So an action packed day we slog the last hill and descend into Otres to a stall for some water and noodles. Jumped on the Wi-Fi to discover the town is almost fully booked or charging extortionate prices. They quite happily tell us “last day of NY so expensive but tomorrow be cheaper”. We weren’t fussy at this stage and after 100km of riding just wanted a shower and bed. We scored a place with only slightly over inflated prices and will stay here for 2 nights. 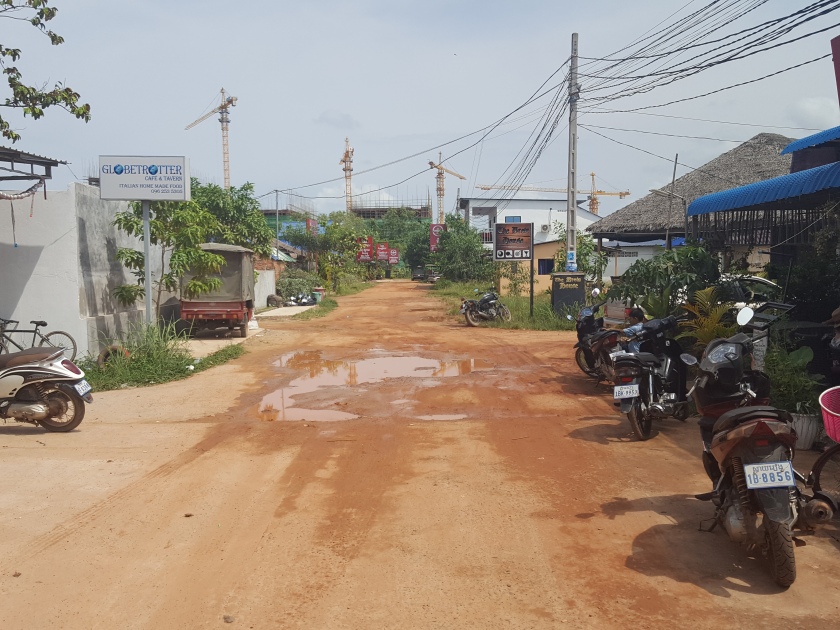 Laneway to our bungalow

After a quick shower it was definitely beer o’clock. Having a nice quiet beer food ordered when the owners son sits beside us and decided to treat us by blaring out Cambodian rap music at our table.

Thankfully the power went out so that was the end of the music as we sat dining by candlelight. Not exactly your fine dining candlelight experience but all the same an experience and one hell of a day, and that sees the end of the Cambodian NY festivities and our first 1000km on the clock for this trip. 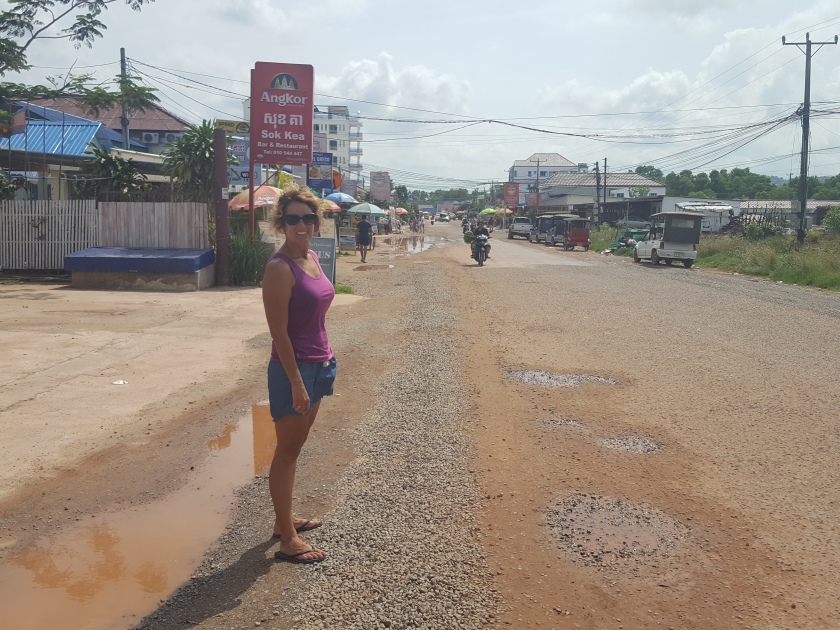 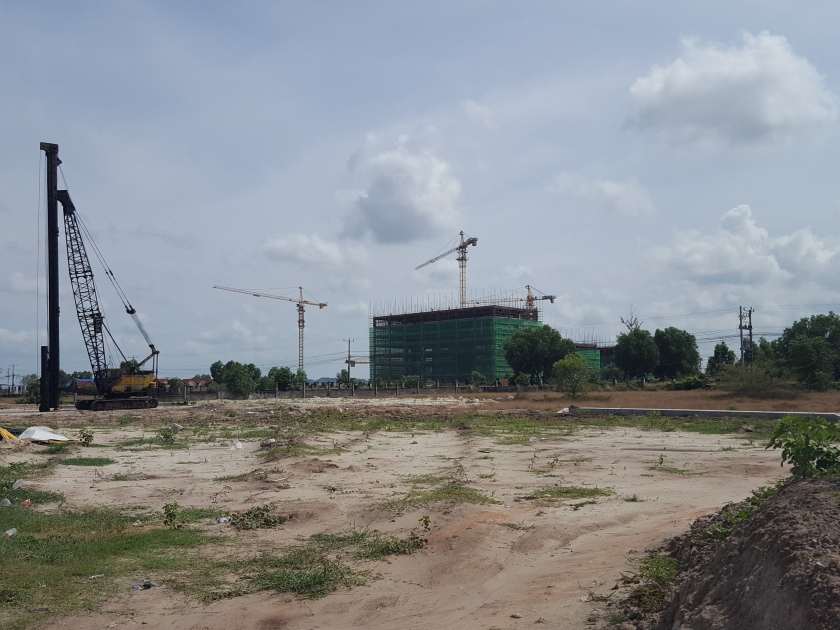 4 thoughts on “Clicked over 1000km after an eventful day riding”