After 2 nights in Sakhon Nakhon we were itching to get back on the bikes to get to That Phanom. So yesterday (after one day of rest from the big hot day climbing the mountains) we hit the road early. What a pleasant day riding in overcast conditions and just managed to avoid the rain all the way, often biking on wet roads but never saw a drop of rain. Flat terrain, with stunning scenery and rural Isaan villages.  Arriving That Phanom and so cool that across the MeKong River we can now see Laos.

Had to hunt our friend Leo down on the black market yesterday as Buddha Holiday. Felt like a couple of teenagers walking home with Leo wrapped in newspaper! (Not that we ever did that!!)

Today in That Phanom we find out that it is still a public holiday and it is their biggest day of the year with ‘Candle festival’. That Phanom has a large Wat (Temple) that brings 1000s of people to visit at this time of year – a Budhist Celebration. We heard the festival concludes with a street parade. With nobody speaking English in this town we struggled to find the start time. We eventually heard 1pm so being punctual and with nothing else to do we were sitting in the heat at 12.30 ready for action.  1pm passed and……….. nothing We were then told 2pm that also came and went so time for an ice cream! Waiting, waiting, waiting we were told 3pm. In the distance we heard the banging of drums and a few started to congregrate close by. We were in action and for the next 2.5 hours we think half the population of the Isaan Province passed us by. This parade was massive and a definite true Thai experience. Plenty of laughs for sure from lady boys dancing, school kids parading, old ladies on plastic chairs on the back of utes, pimped up tractors, Miss Candle contestants with huge fake eye lashes and bouffant hairstyles with the guys holding the sun umbrella for them. Entertainment at its best Thai style. We definitely had to find our friend Leo after that and once again soon realised we had to hunt him down on the black market.

All that aside this is the most amazing town. So quaint with a real mix of Thai, Laos, French influenced architecture. Once again the people are so lovely and we are having an amazing time and will stay at least a day or 2 more. 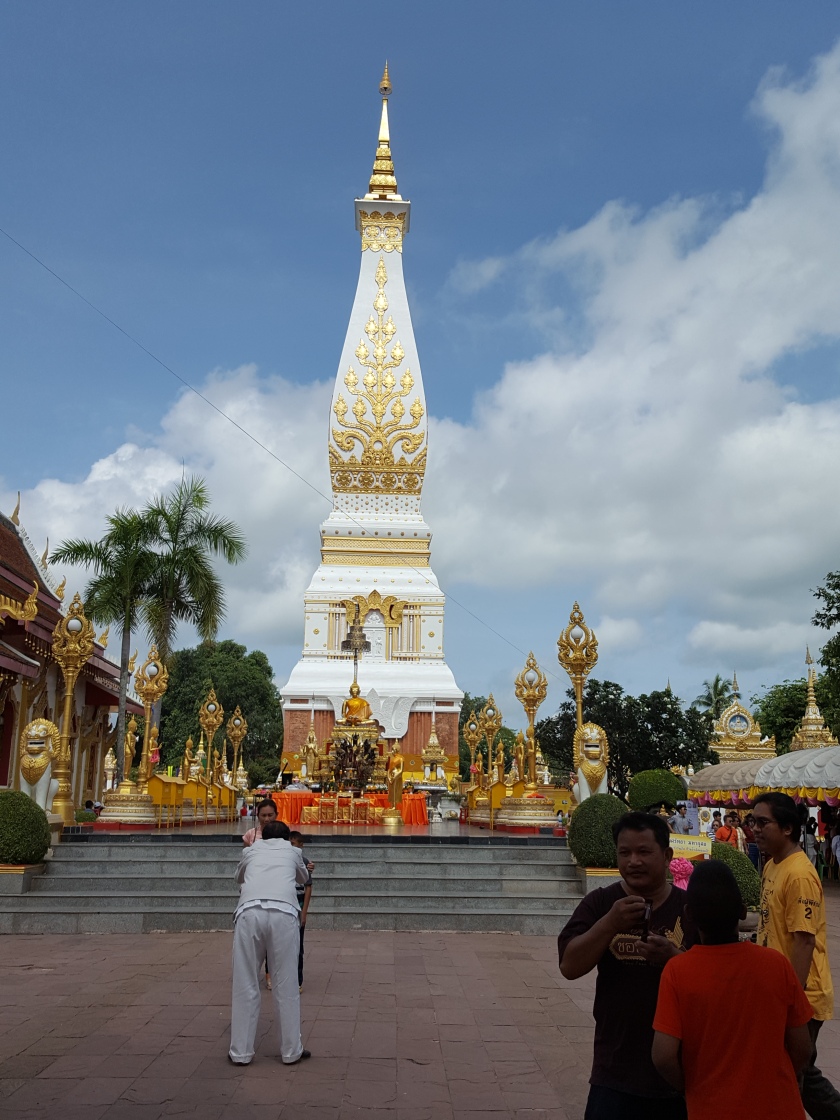 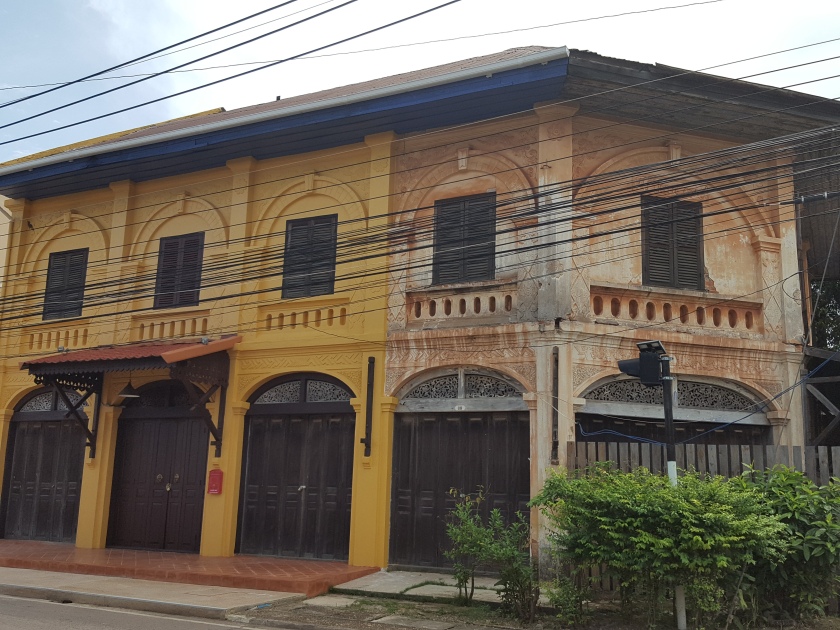 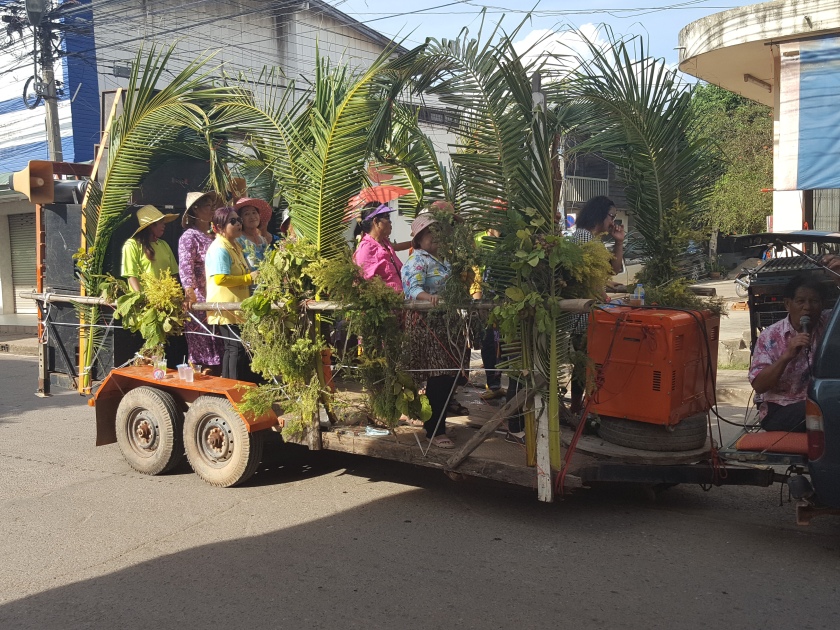 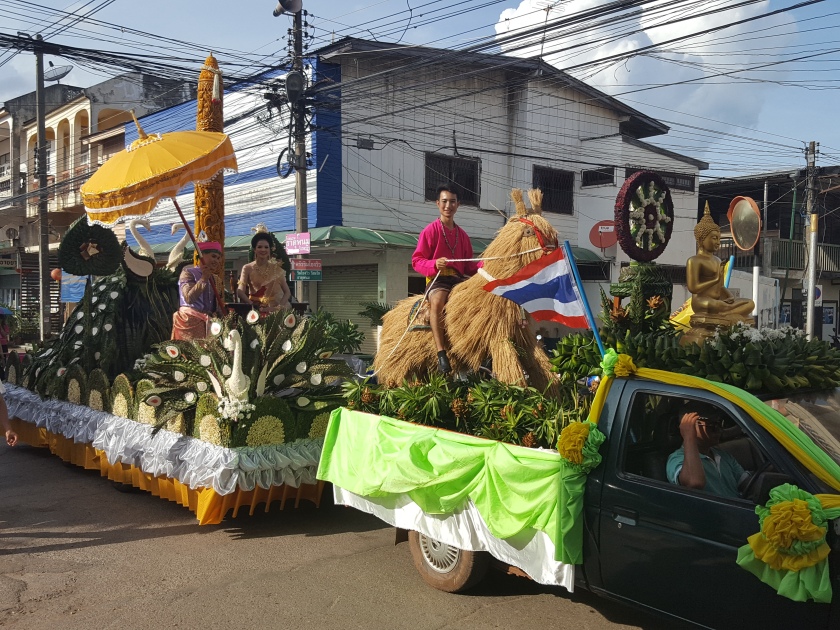